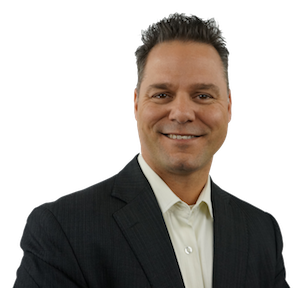 Daniel holds a Bachelor in Science in physical activity, he began his career as a teacher, what he did for 5 years before starting a business. He owned two fitness and rehabilitation centers and a tanning salon for 11 years .

After selling his fitness centers, he started a new career as a representative in the pharmaceutical industry where he worked for major companies such as Wyeth , AstraZeneca, Leo Pharma , Novo Nordisk and Merck. He worked with doctors for 11 years in different therapeutic fields such as: contraception, hormone therapy , mental health, respiratory health , gastroenterology , cardiovascular, dermatology, diabetes, hypertension. He also worked more than two years in the dental field as being in charge of marketing and sales for a photodisinfection laser promoting to specialists, dentists and dental hygienists.

It was in 2006 that Daniel’s life took an unexpected turn … he was victim of a propane intoxication and chemical poisoning, it is at that moment that his life totally changed . He became very reactive to many chemicals , furniture, bed, futon , etc. … he even became a ” homeless person with a home ” as he puts it . He had to leave his home, got ride of some furniture, cleaned walls , use of ozone -producing devices to purify the air inside the house because he couldn’t live within the house . He was medicated but nothing helped … the worst day was January 31st 2006 , he woke up during the night with severe breathing problems and was unable to move, he miraculously survives as doctors told him. That ‘s when he realized that he could die at any moment.

After consulting several doctors and specialists , who did not know what to do with him and what to do to help him, that Daniel began to get discouraged. During a consultation with a physician specialized in environmental medicine that he got told the following fateful words: ” Daniel you should begin to accept that you will probably always stay like that, I’ve never seen a patient who had reactions like you get better . ” Daniel offended by what he heard replied ” looks closely to me because you’re going to see one ” and that ‘s when Daniel, , even if he was still very ill , decided to take matters in his own hands and to find solutions …

This is the beginning of the search for a solution in which he invested more than $ 120,000 (up to date ) in order to recover. After several trials and errors , he got help from non-traditional medicine specialists , had several treatments , read dozens of books, bought different piece of equipment, he managed to became healthy again, was able to eliminate the vast majority of symptoms and reactions and went from « surviving » to “living fully”.

That is one of the most important message that Daniel talks about in his different conferences either in businesses or in front of the general public.

Due to the fact that he was able to turn the bad situation around, that he got great unusual results, his will to finding ways to get better, all that, combined to his willingness to help people, to share his knowledge, and to give hope to sick people, the ” Detox Your Life ” website was born. As Daniel says, ” there are too many people who got told that there is nothing to do, are discouraged , who suffer from allergies, reactions to chemicals , that have no energy … something has to be done and it has to change, ” Daniel now wants to inform people and help them by sharing advice , tips and tricks that have helped and that will certainly help many people too.

Daniel is now an expert in optimal health, speaker, trainer , coach, he hopes to raise awareness , inform people so that they will be able to make informed choices, empower them to take charge of their own health and make changes that will have major impact on their quality of life . He would also like to be able to transform the management of air quality in public places , hotels, hospitals , etc. … so that everyone will have the chance to live free of chemical reactions and be well.

Daniel is a privileged person because he has and had always the support of his family, his parents (Therese and Jean -Pierre ). This support was essential to Daniel and helped him go through the all the difficult times. Unfortunately , it’s not always the case for everybody who have food allergies and reactions to chemicals, they are often isolated, are misunderstood, are labeled “weird” by people around them and are silently suffering great distress…

Daniel in the News (French Medias)

Receive free tips, and advices to improve your life